Killer whales show us the meaning of menopause

January 25, 2020
Despite its bad reviews, puberty has a sequel. And like most sequels, it is deeply unpopular.

The symptoms of the menopause include hot flushes, losing sleep, feeling sad or anxious, and finding that your bones lose their density and fall apart (or something like that).

All these symptoms are the body's way of saying "No more babies for you!". Yet it happens well before the sufferer has reached the end of life.

So why do we go through this process? What is the evolutionary advantage of middle-aged suffering? Surely breeding until we drop would pass on more of our genes, and therefore make more evolutionary sense.

Some scientists think they may have found the answer...by studying killer whales (Orcinus orca).


Humans aren't the only species that stays alive long after it can reproduce. Menopause has been observed in other mammals too, including nonhuman primates, and cetaceans such as killer whales.

Female killer whales may live until they are 90 years old, but stop reproducing around the age of 40. Previous research has indicated that the post-menopausal females help the rest of the family group, using the type of wisdom that belongs to old mothers of any species. When times are tough, the old girls take charge, leading their relatives to where salmon is most abundant.

Perhaps keeping females around long after they can breed helps them pass on their wisdom. But that still doesn't explain why they don't just keep breeding.

On Boxing Day 2019, however, new research was published that gives a good argument why the not having babies bit is so important.

Like any good grandma, grandma killer whales help to raise the babies in the family. In humans, grandmothers often spend a lot of time and energy helping to raise grandchildren. The children, helped by their grandmas, survive into adulthood and have children of their own - perpetuating Grandma's genes.


The theory that individuals in a family help each other (even at a cost to themselves) in order to perpetuate the family bloodline is called kin selection. It explains a lot of altruistic animal behaviour, including why school bullies get beaten up by their victim's big brother or sister.

Grandmothers increasing the survival rate of their grandchildren is called the Grandmother Effect. It has been documented in humans, but never in another species...until now.

It turns out that a grandma killer whale's grandcalves are far more likely to survive if she is not currently rearing her own calf. While everyone helps rear the babies in a killer whale pod, grandmother killer whales are able to provide much more effective help if they are not too busy rearing their own flipper-biters.


Killer whales, with their ridiculously attractive tuxedo wetsuits, and despite their playful malevolence, are loved by scientists and the general public. Researchers have accrued a great deal of knowledge concerning the biology and behaviour of killer whales, and some pods have been studied for so long that their genealogies are well-documented.

Such well-documented pods, inhabiting the waters around Washington State and British Columbia, were used in the whale menopause study. These pods feed on Chinook salmon (Oncorhynchus tshawytscha); when salmon numbers go up, killer whale mortality goes down.

The fact that killer whale grandmas are more able to help their grandcalves survive when they don't have their own calves to look after helps us understand a bit more about the menopause. Specifically, female killer whales (and also potentially human women) probably evolved to stop reproducing and focus their energies on the new generation.

In other words, grandmas stop having babies so they can help others rear their babies. Which says a lot about the selflessness of grandmas, and how much grandchildren rely on their wisdom and guidance. 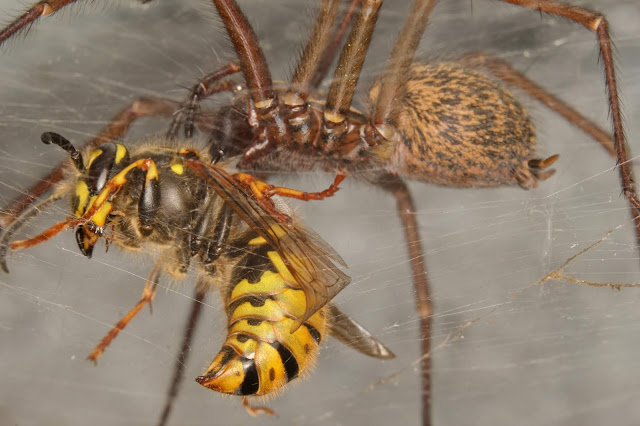 Four good reasons not to fumigate your home for spiders

Artificial substances are not popular at the moment. The people of 2019 like things they deem "natural": wood, stone, kombucha, organic vegetables, those kinds of things. The mention of pesticides, additives to drinking water, or synthetic food sends shivers down spines, as people consider the possible long-term effects of using "unnatural" substances.

I am amazed that, amongst this culture of filtering water and shunning potentially toxic chemicals, people are happy to fumigate their houses to keep away spiders. Led by popular belief, misunderstanding, and arachnophobia, people pay companies to kill all the spiders in their home, and prevent other spiders from thinking about entering.

Are you considering fumigating your home against spiders? If so, I hope the four points below are enough to discourage you.

1. It's bad for beneficial insects Fumigation for spiders involves spraying your entire house with pesticide. In New Zealand, the major spider sprayers use… 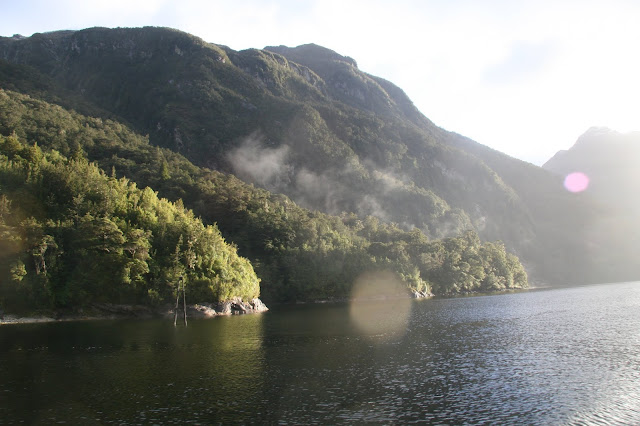 A silent battle is about to commence in New Zealand's forests

This post was chosen as Pick of the Week by Science Seeker.

New Zealand ecosystems often have quirky components that would not be out of place in a fantasy novel. Strange, wooden, rose-shaped structures form on tree roots where parasitic Dactylanthus plants await pollination by bats. Black velvet covering the trunks of southern beech trees is, on closer inspection, revealed to be a fungus, which feeds on honeydew excreted by scale insects feeding on tree sap. Native birds also depend on the honeydew.


An ecosystem is like a jigsaw puzzle, with each piece an organism or natural resource that plays its part in the whole picture. The wonder of New Zealand's ecosystems is invariably eclipsed by the realisation that many are missing their pieces. The bats that pollinate Dactylanthus are declining in numbers. The honey-scented beech forests are now home to ravenous introduced wasp species, which raid the honeydew and out-compete native birds.
This is the story of New Zealand. Bizarre and… 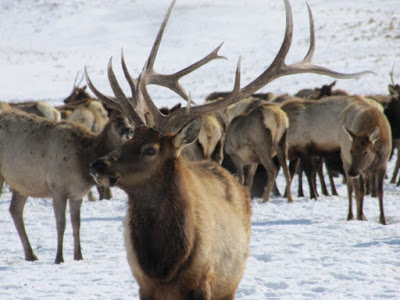 How do prey view predators? ...or something of that elk

How would you feel to be an elk in wolf country?
Would you feel alert, jumpy, constantly on edge?
Or would you revel in the extensive vegetarian menu, oblivious to the constant threat of chase and death?


Predators can be inconvenient. We humans love to farm animals and harvest wildlife, often to the detriment of an area's ecology. We perceive as competition any animal that shares our view of animals as dinner and entertainment wrapped up in one. So we shoot predators, trap them, poison them, run them down with dogs, so that we can keep their quarry to ourselves.

But do wild, native predators really influence prey populations that much?
The classic example of a predator-prey relationship is the rise and fall of the snowshoe hare and Canadian lynx. Lynx populations grow fat and healthy on a bloodbath of hare. Hare grow scarce and become hard to find, so lynx die off or leave the area in search of more cute stuff to kill. With the populations of their tyrannical oppressors diminished…